Thermidor of the Progressives

Thermidor of the Progressives

Twentieth century liberalism had its origins as the belief system of what C. Wright Mills called the New Middle Class. The corporate revolution of the post-Civil War period and the associated rise of the centralized regulatory state, followed by the large charitable foundations and universities dominating civil society, gave rise before the turn of the twentieth century to a new class of managers and professionals who administered the new large organizations.

The organizational reason for the expansion of the white collar occupations is the rise of big business and big government, and the consequent trend of modern social structure, the steady growth of bureaucracy. In every branch of the economy, as firms merge and corporations become dominant, free entrepreneurs become employees, and the calculations of accountant, statistician, bookkeeper, and clerk in these corporations replace the free “movement of prices as the coordinating agent of the economic system. The rise of big and little bureaucracies and the elaborate specialization of the system as a whole create the need for many men and women to plan, co-ordinate, and administer new routines for others. In moving from smaller to larger and more elaborate units of economic activity, increased proportions of employees are drawn into co-ordinating and managing. Managerial and professional employees and office workers of various sorts… are needed; people to whom subordinates report, and who in turn report to superiors, are links in chains of power and obedience, co-ordinating and supervising other occupational experiences, functions, and skills. 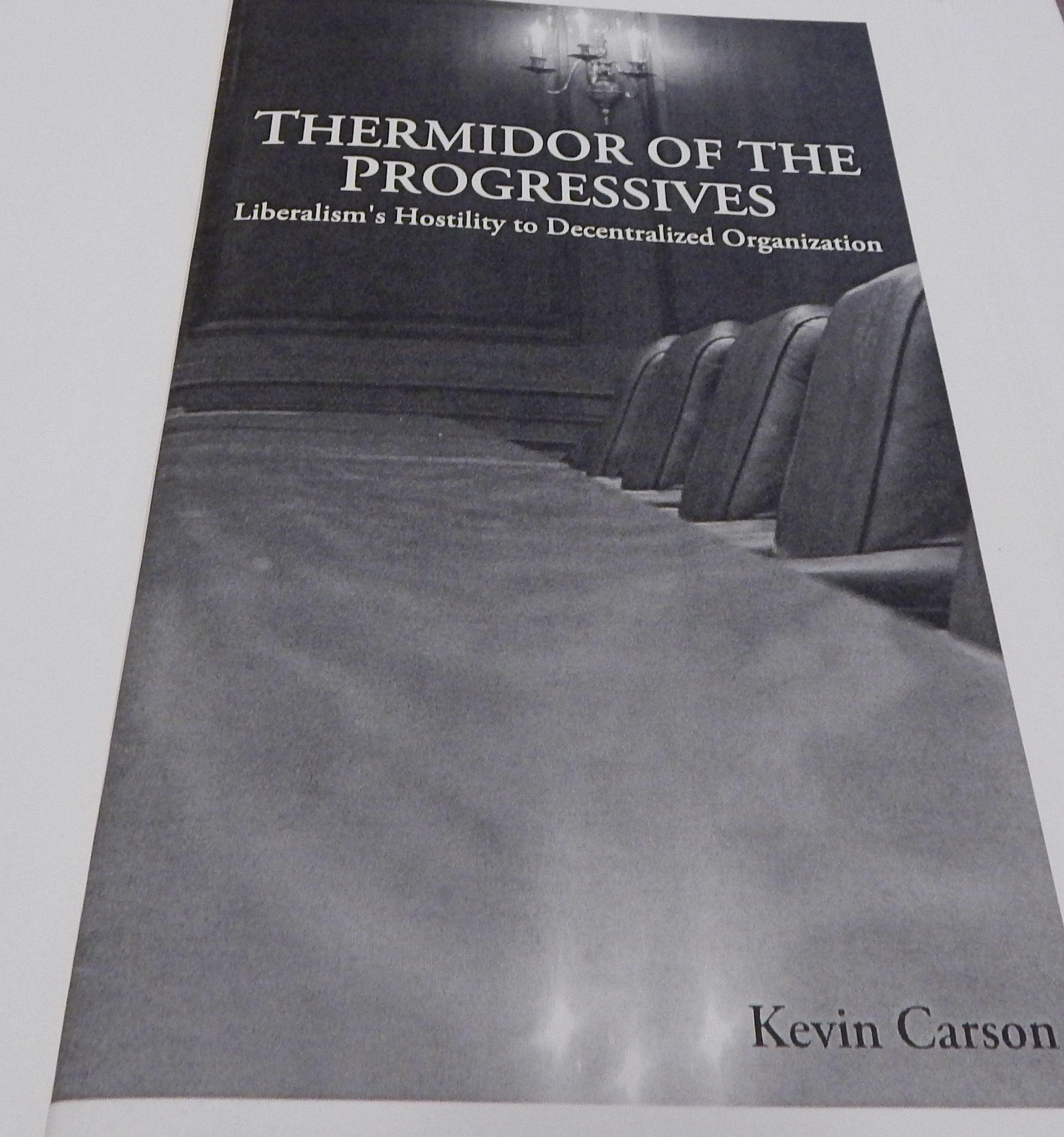 You're viewing: Thermidor of the Progressives $6.00
Add to cart