LIMITED EDITION
get ’em while we got ’em

For a detailed review of this monograph with an assessment of its merits and impact, check out Eric Fleischmann‘s Review: Ayn Rand, Homosexuality, and Human Liberation

This monograph is an expanded, revised and fully re-edited version of a controversial five-part Free Radical magazine series (links to which appear below).  A combination philosophical exegesis, sociological study, and political tract, it examines Ayn Rand’s impact on the sexual attitudes of self-identified Objectivists in the movement to which she gave birth and the gay subculture that she would have disowned.

“Chris Sciabarra’s discussion of homosexuality and the moralistic, unreasoning rage unleashed against it—and against Dr. Sciabarra—by a small number of self-appointed guardians of the ‘one true Objectivist faith’ almost make it embarrassing to admit that one has any past or present association with Objectivism. The booklet is an expose of cultism at its most hysterical.” — Nathaniel Branden 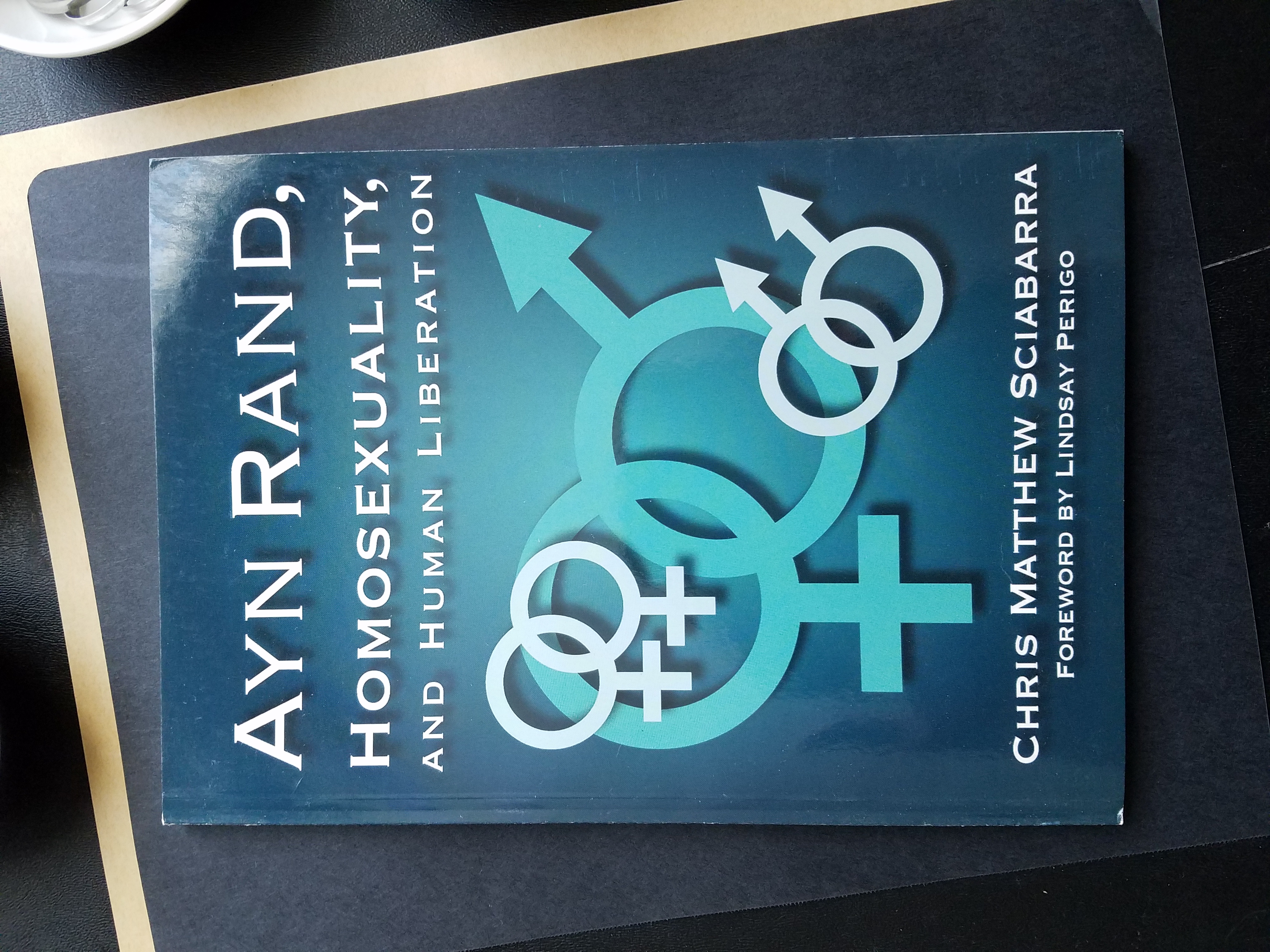