This book is actually a heavily abridged version of Pyotr Kropotkin’s Fields, Factories and Workshops, edited by Colin Ward with a lot of his commentary thrown in. And to top it all off, the C4SS Homebrew Edition throws in Murray Bookchin’s essay “Towards a Liberatory Technology”, an Comprehensive Introduction and the C4SS Studies “The Anarchist Thought of Colin Ward” and “The Homebrew Industrial Revolution” by Kevin Carson.

EDITOR’S NOTE
During the preparation of this book, it quickly came to my attention that extant online versions of Kropotkin’s work were in nearly every case missing small handfuls of text, most likely due to errors in digitization, repeatedly inherited (and occasionally worsened) by successive duplication. I happily report the rehabilitation of these lacunæ in all instances infra via reference to a physical copy of the 1912 second edition of Fields, Factories, and Workshops.

You may confidently assume that everyone at C4SS—and especially the restless ghost of Master Kropotkin—fully endorses and encourages your brazen, unfettered pirating, henceforth, of this present, repaired edition. — Alfred DeStefano III

David Graeber’s anarchism is, above all else, human-centered. It entails a high regard for human agency and reasonableness. Rather than fitting actual human beings into some idealized anarchist paradigm, he displays an openness to—and celebration of—whatever humans may actually do in exercising that agency and reasonableness. Anarchy isn’t what people will do “after the Revolution,” when some sort of “New Anarchist Man” has emerged who can be trusted with autonomy; it’s what they do right now. “Anarchists are simply people who believe human beings are capable of behaving in a reasonable fashion without having to be forced to.” –Kevin Carson 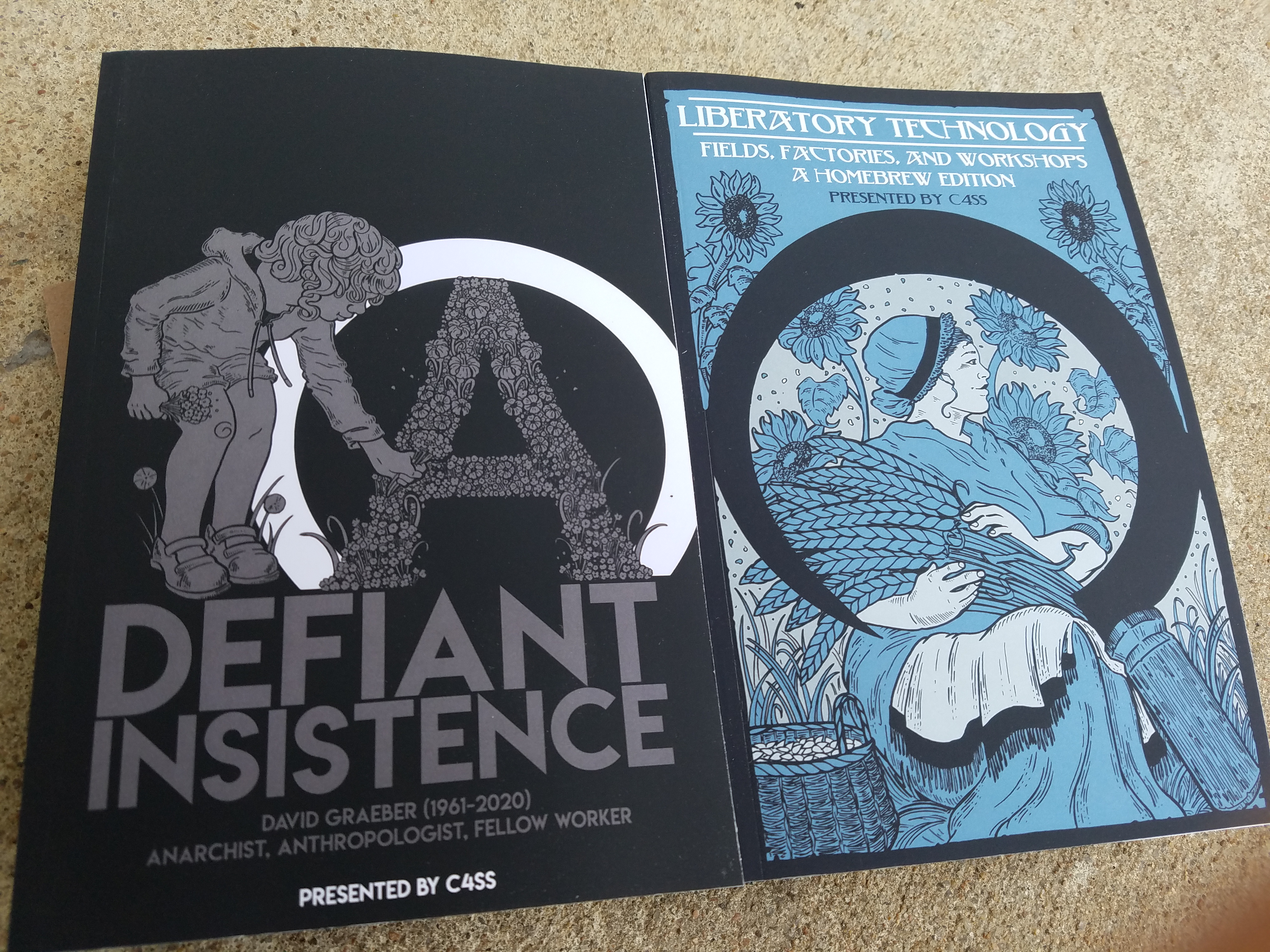