Purchase them together and Save 25%
Purchase: 10 buttons

Dyer Daniel Lum (February 15, 1839 – April 6, 1893) was an American anarchist, labor activist and poet. A leading syndicalist and a prominent left-wing intellectual of the 1880s, Lum is best remembered as the lover and mentor of early anarcha-feminist Voltairine de Cleyre.

Lum was a prolific writer who authored a number of key anarchist texts and contributed to publications including Mother Earth, Twentieth Century, Liberty (Benjamin Tucker‘s individualist anarchist journal), The Alarm (the journal of the International Working People’s Association) and The Open Court, among others. Following the arrest of Albert Parsons, Lum edited The Alarm from 1892 to 1893.

Traditionally portrayed as a “genteel, theoretical anarchist”, Lum has recently been recast by the scholarship of Paul Avrich as an “uncompromising rebel thirsty for violence and martyrdom” in the light of his involvement in the Haymarket affair in 1886. (wikipedia) 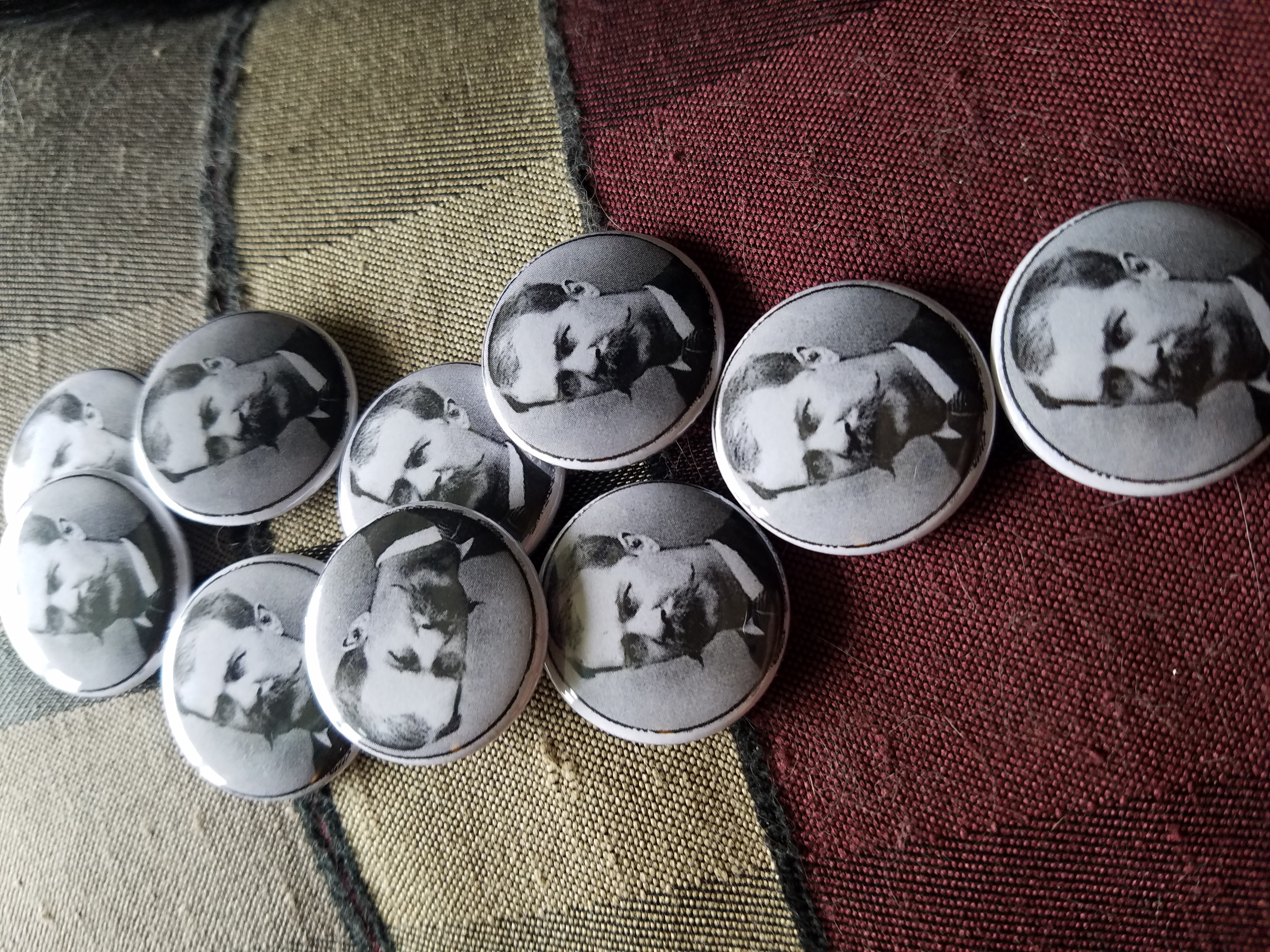