Anarchism without Hyphens & the Left/Right spectrum

Anarchism without Hyphens & the Left/Right spectrum

Anarchism without Hyphens
There is only one kind of anarchist. Not two. Just one. An anarchist, the only kind, as defined by the long tradition and literature of the position itself, is a person on opposition to authority imposed through the hierarchical power of the state. The only expansion of this that seems to me reasonable is to say that an anarchist stands in opposition to any imposed authority. An anarchist is a voluntarist. …

the Left/Right spectrum
“My own notion of politics is that it follows a straight line rather than a circle. The straight line stretches from the far right where (historically) we find monarchy, absolute dictatorships, and other forms of absolutely authoritarian rule. On the far right, law and order means the law of the ruler and the order that serves the interest of that ruler, usually the orderliness of drone workers, submissive students, elders either totally cowed into loyalty or totally indoctrinated and trained into that loyalty. Both Joseph Stalin and Adolf Hitler operated right-wing regimes, politically, despite the trappings of socialism with which both adorned their regimes. Huey Long, when governor-boss of Louisiana, was moving toward a truly right-wing regime, also adorned with many trappings of socialism (particularly public works and welfare) but held together not by social benefits but by a strong police force and a steady flow of money to subsidize and befriend businessmen. … 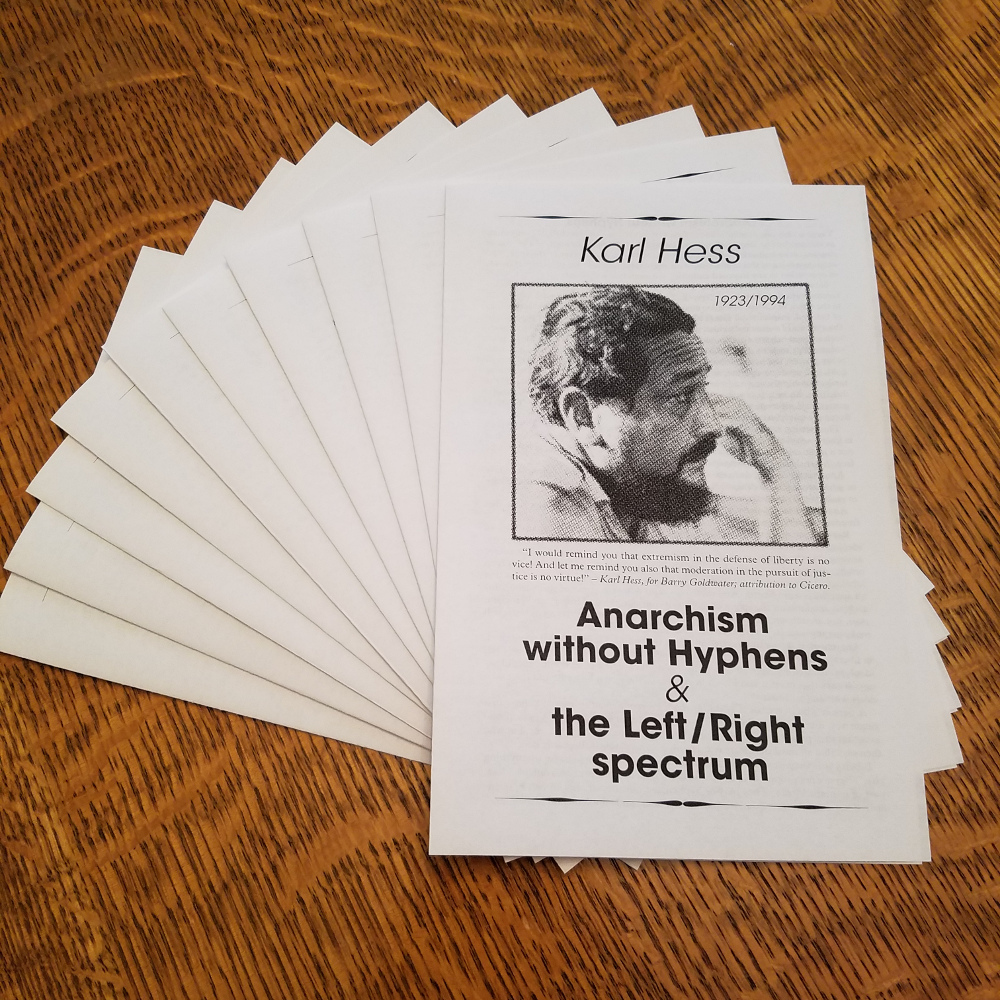 You're viewing: Anarchism without Hyphens & the Left/Right spectrum $4.00
Add to cart