Who is the Somebody?

Who is the Somebody?

“Somebody gets the surplus wealth that labor produces and does not consume. Who is the Somebody?” Such is the problem recently posited in the editorial columns of the New York Truth. Substantially the same question has been asked a great many times before, but, as might have been expected, this new form of putting it has created no small hubbub. Truth’s columns are full of it; other journals are taking it up; clubs are organizing to discuss it; the people are thinking about it; students are pondering over it. For it is a most momentous question. A correct answer to it is unquestionably the first step in the settlement of the appalling problem of poverty, intemperance, ignorance, and crime. Truth, in selecting it as a subject on which to harp and hammer from day to day, shows itself a level-headed, far-sighted newspaper. But, important as it is, it is by no means a difficult question to one who really considers it before giving an answer, though the variety and absurdity of nearly all the replies thus far volunteered certainly tend to give an opposite impression. … 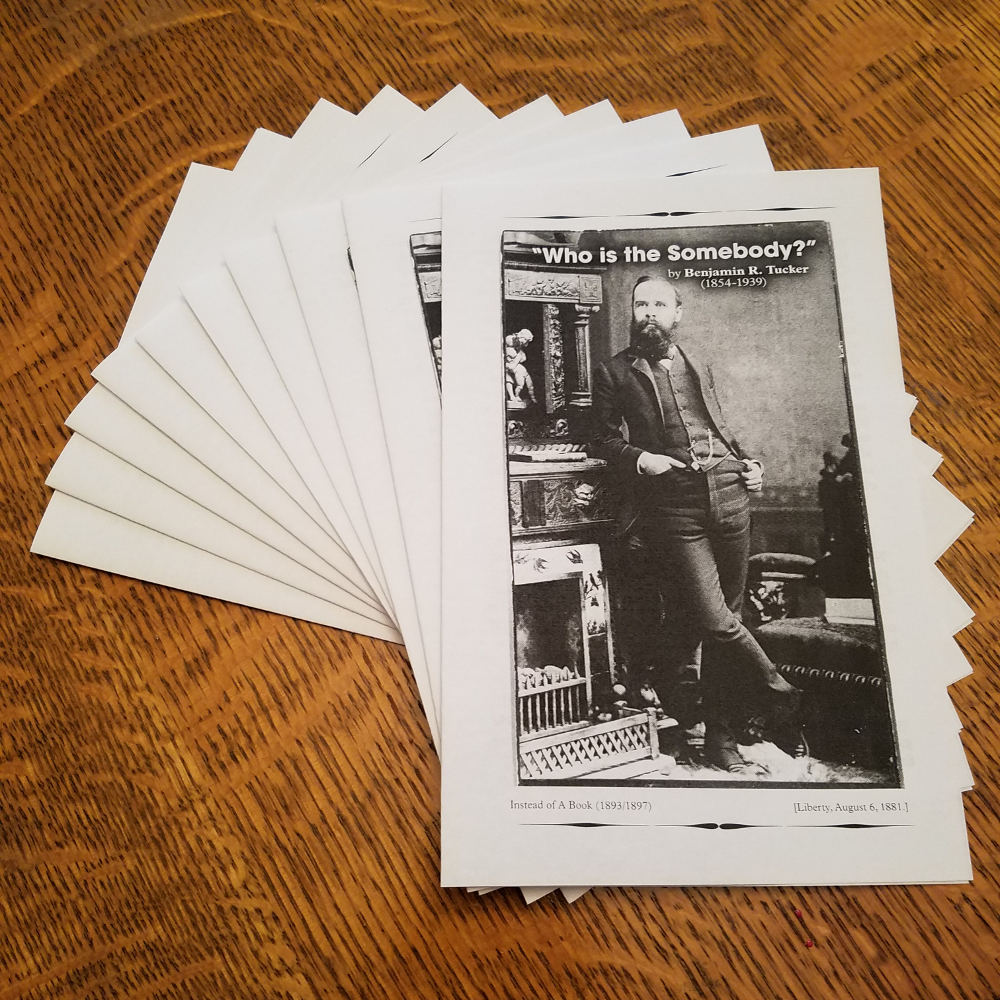